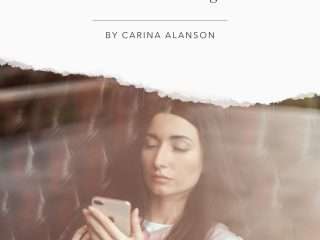 Many people believe comparison is the thief of joy, that the more we look around and compare ourselves to others, the more dissatisfied we will be. And in many ways, this is true. Focusing on what we don’t have or what we’re not good at is a discouraging exercise, to be sure.

But what if it’s taking an even greater toll on your life? What if comparing yourself to someone else and deciding you don’t measure up is actually keeping you from doing the work God has called you to do?

Carina Alanson explains why comparing ourselves to others may actually be standing in the way of us using our own gifts wisely.

Sunshine filtered through the room’s lone window, illuminating my counselor and her desk. I sat across from her, cocooned in her coffee-colored leather couch.

I had been struggling with my career as a professional counselor, and, ironically, I hoped talking with a counselor would help me sort things out and determine the direction I should take.

So, though I felt a little self-conscious about what I wanted to say, I took a breath and confessed: “I feel like I need to write. I feel like if I don’t, at the end of my life, I’ll look back and know that I didn’t do something I was supposed to do.”

God’s plan for my life still seemed murky, but as I attempted to explain it to my counselor, one thing had become clear: God was calling me to write. Despite the clarity of the call, it didn’t make much sense to me.

I enjoyed writing, and I knew that written words could change people’s lives—my own life had been transformed by the work of several beloved authors. But I wondered: Could my writing actually have value?

iF COMPARISON IS THE THIEF OF JOY, WHY DO WE DO IT?

The Bible clearly teaches that we each have been given gifts (Romans 12:6) and that we are called to use them to help others (1 Peter 4:10). So why is it so hard to accept that what God has placed inside us really matters? Why are we so reluctant to believe we can make a difference?

Looking back, I can see that one reason I was hesitant to believe my writing could have any value was that I was comparing the little I had to offer at that moment to the big things other writers had already accomplished.

Instead of seeing the gift I’d been given, I saw only the ways I fell short. My ability seemed to be a mere shadow in light of the training, talent, and experience of other writers.

I now also realize that measuring myself against others is exactly what Satan wanted me to do.

God has good plans for us and wants to partner with us to accomplish more than we can ask or imagine (Ephesians 3:20), but Satan wants to stop us from progressing in our purposes.

He knows that if he can get us to compare what we have to what others have, he can trick us into devaluing our own gifts—and he knows that if we don’t recognize the value of our gifts, we won’t use them.

The size of your gift is not a reason to neglect it. In fact, it’s normal for gifts to start small and then grow bigger.

THE COST OF COMPARISON

I believe we find a poignant example of this purpose-disrupting ploy in the “Parable of the Talents.” In this parable, found in Matthew 25, Jesus tells a story about a master who entrusted varying amounts of money to three servants. The master gave five talents to the first servant, two talents to the second servant, and one talent to the third servant.

After their master left on a journey, the first two servants began investing their money. Through their efforts, both doubled what they’d been given. But, unlike the first two servants, the third servant failed to invest his talent. Instead, he dug a hole in the ground and covered his coin with dirt.

According to the New English Translation commentary, one talent was equivalent to 6,000 denarii. A denarius, in turn, was the amount of money usually earned for one day of work. If a laborer was working six-day work weeks, it would have taken 19 years to earn one talent. In other words, one talent was a lot of money!

So why would the third servant bury his?

Though there were probably multiple factors contributing to his action, I believe the servant’s explanation to his master reveals a likely reason. When called to give an account of his talent, he said: “‘Master, I knew you to be a hard man, reaping where you did not sow, and gathering where you scattered no seed, so I was afraid, and I went and hid your talent in the ground’” (Matthew 25:24-25).

When the servant tells his master that he is “a hard man, reaping where you did not sow,” he’s essentially saying: “Your expectations are hard and unrealistic. You didn’t invest anything, yet you expect a return.”

His statement seems to betray the belief that he wasn’t given anything to work with and that the master was unfairly expecting something from nothing. Clearly, this perspective did not match reality because the master had, in fact, invested a great deal in him.

So why did the third servant feel shortchanged?

I suspect it was because he compared himself to the other servants.

Consequently, he buried his talent. Because of this action, the servant not only lost his relationship with his master, but his talent was taken from him and given to a more responsible servant.

What a tragic ending!

NOTHING IS TOO SMALL TO INVEST

I’m tempted to judge the third servant for burying something of such great value.

But how often do we do the same thing?

Each of us has been blessed with an amazing gift from God. Yet when we look at others and see that they have more connections, experience, talent, time, or training than we do, we’re inclined to devalue—and then disregard—our gifts.

I nearly fell into this trap when I felt God’s call to write. Thankfully, by His grace, I was able to trust that He had given me something of value, even though I didn’t understand it.

I followed His leading and began to write, and as I was faithful to use the little I had, my gift began to grow.

Do you feel prompted to invest in an interest, skill, or gift you have? Maybe you feel drawn to baking cakes, sewing dresses, or organizing closets.

Whatever it is, don’t let the trap of comparison keep you from what God is calling you to!

Don’t let Satan bully you into burying your talent. Nothing is too small to invest.

No matter what other people have or have done, what you have still matters.

The size of your gift is not a reason to neglect it. In fact, it’s normal for gifts to start small and then grow bigger. Just as the first and second servants saw their talents multiply when they were faithful to invest them, when we take what we have and use it, it will grow.

As we’re obedient to do this, we can look forward to one day hearing these words from our loving Father: “‘Well done, good and faithful servant!…Come and share your master’s happiness!’” (Matthew 25:21, NIV). 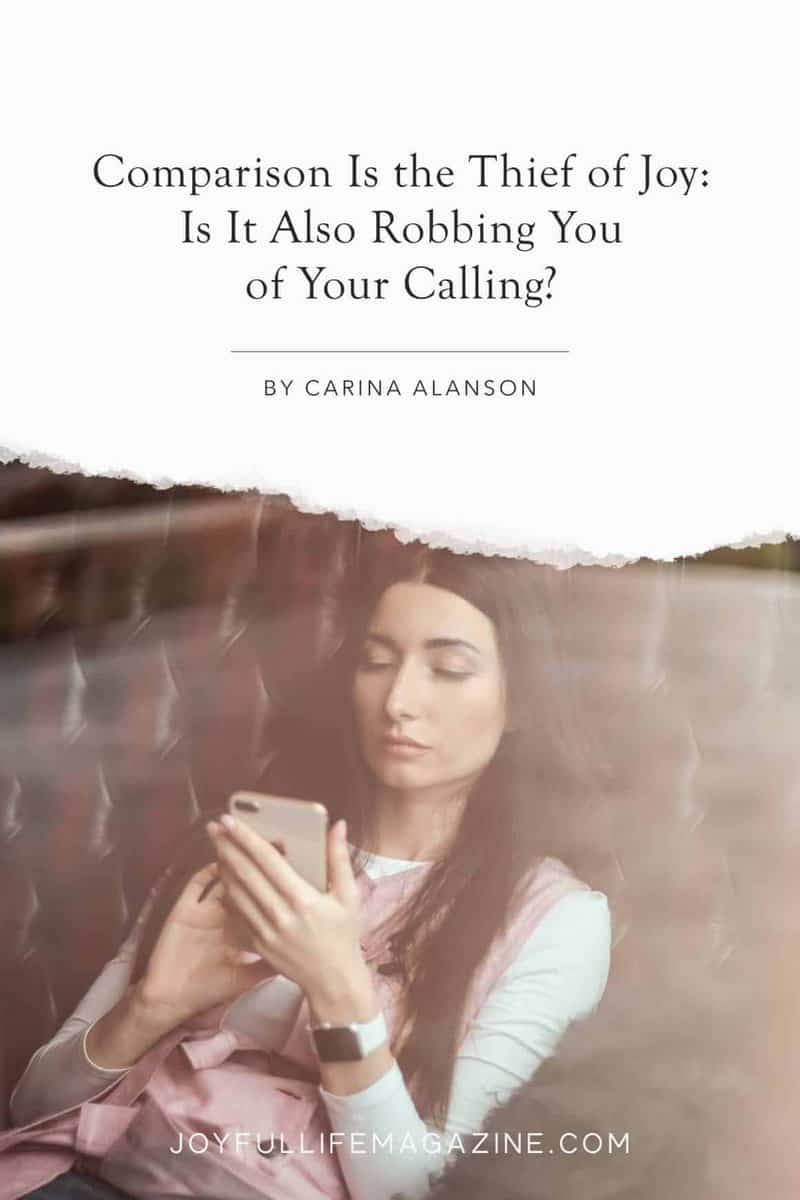