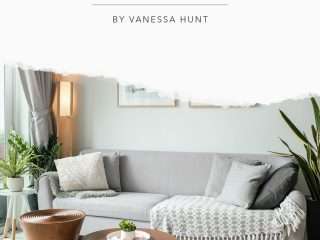 Creating a peaceful home environment is one of the greatest gifts we can give our families. Whether it’s cultivating a welcoming living room with natural light or putting throw pillows at the heart of our interior design plans, there are many ways we can make our home more peaceful for the people who live, work, and visit there.

Vanessa Hunt explains why reorganizing the collection of pillows on her couch each morning is an act of love she does for her family and part of her mission to create the most peaceful home she can.

One of my favorite commercials on TV right now is for an insurance company where the insurance representative is trying to prevent young-ish customers from turning into their older parents. There are lots of hilarious and relatable moments, but the scene that hits closest to home depicts the representative explaining to the customer that she has too many pillows on her couch.

He dramatically swipes them off, while she cringes in the corner, and informs her that it’s just, “one pillow too many!”

I feel so ‘seen’ every time I happen to catch that advertisement. I, too, like pillows—lots of pillows.

And, while it’s a glorious thing to behold when they are perfectly plumped and in their appropriate corners, that is generally a rarity in a home that is actually lived in and not just styled to look like a window display in a store. Every morning I come downstairs, stumble to the coffee maker that we mostly remember to program the night before, and pour myself a giant mug of liquid courage to help me start the day.

Then, I walk into the family room where I will plump and fluff the pillows that were scattered around the night before, placing them back in their designated spots—all the while knowing that I will repeat this ritual again the next day, and the day after that, and so on and so forth.

The definition of insanity is said to be doing the same thing over and over again while expecting different results, and you could say that my pillow ritual meets that qualification. But, you’d be wrong because, you see, I don’t expect different results.

I fully expect to see the pillows on the floor or mushed down and showing the imprint of someone’s head. And for the same reason that we make our beds only to get into them again at night, I plump those pillows and put them back in the corners of the sofa where they await their fateful encounters with my family later on in the day.

PILLOWS ARE AN INTEGRAL PART OF A NOT-SO-PEACEFUL HOME

When my children were younger, the couch pillows were used to build forts and tunnels that wound their way around the family room. Or, they would be scattered all over the floor and designated the ‘lily pads’ that helped us avoid the ‘lava’ aka carpet.

As they got older, the pillows provided extra seating on the floor for parties and, yes, were often thrown at someone’s head across the room. Now that my kids are adult-sized teenagers and it’s a tighter squeeze on the couch, the pillows are used as arm-rests or to establish barriers protecting the territory of personal space. Down-filled battle lines are drawn and woe to any enemy who dares to cross them.

BUT ALSO ESSENTIAL TO A SENSE OF PEACE AND STABILITY

It would be so much easier to simply not have extra pillows on the couch. But, they provide a softness to our home that is both needed and appreciated. If the past year has taught us anything, it’s the importance of creating havens of peace. I truly believe that our homes need to be ‘soft’ both physically and emotionally.

So much in the world is hard, especially right now, and my goal is to make our home a refuge from the storm. Scented candles, homemade pumpkin bread, twinkly lights on the fireplace mantel, and, yes, throw pillows might seem like small things, but they all contribute to a sense of peace and stability and softness within our home. And, let’s face it, they are among the few things that are actually within my power to control.

STRONG AS A FEATHER

My favorite pillows are the ones filled with feathers. They are the most squishy and definitely the best for an afternoon nap on the couch while football is on TV. At least that’s what my husband tells me!

When I think of feathers, I always think about the softness. After all, there’s a reason for the saying, “light as a feather.” If you’ve ever held one in your hands, you know just how delicate they really are.

But, studies have shown that many varieties of bird feathers are actually as strong as carbon fiber. Carbon fiber is used to make things like cars, wind turbines, tennis rackets, and airplanes. The incredible strength of something we tend to perceive as being soft is pretty amazing.

And in the same way that the softness of a bird feather belies its strength, the softness we create in our home is actually strengthening its foundation.

And in the same way that the softness of a bird feather belies its strength, the softness we create in our home is actually strengthening its foundation.

Isaiah 40:10-11 says: “Behold, the Lord God comes with might, and his arm rules for him; behold, his reward is with him, and his recompense before him. He will tend his flock like a shepherd; he will gather the lambs in his arms; he will carry them in his bosom, and gently lead those that are with young.”

What a perfect picture of the juxtaposition of softness and strength! Our Heavenly Father is the best example of how these two traits are not mutually exclusive. He is the Almighty (emphasis on the ‘might’), yet He carries us with all of the gentleness of a shepherd carrying a lamb.

MORE THAN JUST A PILLOW

It’s tempting to think of pillows as just, well, pillows. But, maybe they are actually small pieces of a puzzle that when carefully put together will reveal a beautiful picture of something that is both tangible and intangible; something that not only meets our physical needs but also satisfies the longing in our souls for a place where there is both harmony and stability—even if it’s only a microscopically small representation of the true soul satisfaction we will one day experience in our eternal home.

So light those candles, bake that bread, laugh as often as possible, speak words that build up, and plump those pillows—even when you know you’ll do it all again the next day. The efforts we make to create peaceful homes have never been more important, for among the shouting, division, and strife outside our doors, there is strength found in the soft nest of home.

Pro Pillow Tip: It can be so tempting to buy pillows for every season of the year, but often a problem arises about where to store them. Instead of purchasing the entire pillow, consider investing in quality pillow inserts and then have fun switching out the covers throughout the year. There are many options of pillow covers available for every style and season, and they are much easier to fold up and store away in your linen closet. 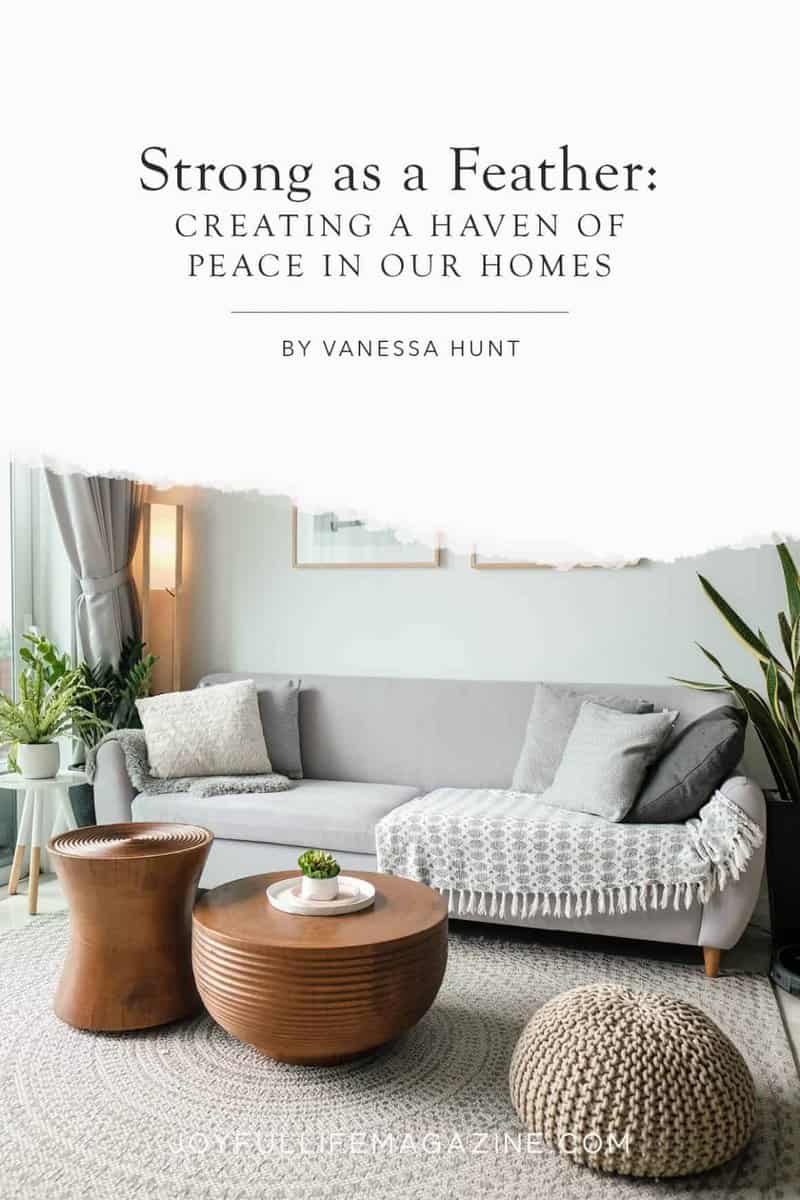 Vanessa Hunt is the co-author of the book 'Life in Season: Celebrate the Moments That Fill Your Heart and Home'. She founded the website At the Picket Fence where ideas for your home meet encouraging inspiration for your heart. Her deepest desire is to help women to create homes that are peaceful havens. Vanessa writes and creates from her home in Oregon which she shares with her husband and two teenage children and as a true Pacific Northwesterner she takes her coffee very seriously.