My morning began as any typical workday. I walked into the main office of the school where I teach to make some last minute copies for that week’s science unit. I struck up a conversation with a dear friend about some recent tragic events that had involved my firefighter husband. He had spent his shift working the tragic and terrifying incidents that evolved from a local protest. We were discussing my emotional state and how fearful I was with each new report that came in.

My anxiety and stress had been unmanageable. Every hour that I did not hear from my husband felt like a deafening silence and the many unknowns of that day left me on edge. The emotions continued throughout the following days as tensions remained high.

As our conversation continued, she became very somber and asked if she could ask me a personal question. Her question was simple.

“What are you praying for?”

I asked her to clarify. What was it that she was really asking? She said she was curious about what I had been praying for because of everything my family had endured over the last couple of years. She gave a nervous little laugh and indicated that she wanted to know so that she could pray differently in hopes of avoiding a similar fate. I don’t recall my exact response, but I do remember that it left me with a great deal to think about.

I went home that afternoon and opened up my prayer journal. About a year and a half ago, I began a Bible reading plan that focused on drawing nearer to the heart of God. My journaling entries centered primarily on seeking God in the hard places. I repeatedly asked Him to use me in ways that would draw others closer to Him. I deliberately asked for help to see Him at work in the painful and hard situations. I would soon learn just how important it is to be ready and willing to accept what may come when you open your heart so earnestly to God.

This is what that has looked like for me and my family since 2016.

We started the year off strong. I was working toward some positive health goals, my kids were happy and healthy, and our marriage was in a beautiful season. As spring approached we were preparing our house for sale, looking forward to the summer months, and making memories at every turn. There were small bumps in the road, but nothing that would alter our present course. That summer, we moved into a rental property so we could finish up work on our old home and get it on the market. We transitioned nicely into our new accommodations and quickly settled into a routine. While there were certainly stressful moments throughout this season of change, nothing could have prepared us for what was coming.

Clinging to Faith in the Midst of Tragedy

In October of 2016, my morning started out the same as any typical morning. My husband had left for work and I was going through the motions. I dropped my daughter off at preschool and was heading toward my son’s sitter.

About 10 minutes into our drive – a car pulled out in front of me and we collided. In a matter of mere seconds, our lives were altered forever.

I can still recall every sight and sound from that accident. Tragedy has a way of imprinting. I remember the screaming, the faces, the pungent smell of antifreeze, and the words, ‘a woman has died’. I remember seeing the woman’s teenage daughter being placed on a gurney and rushed to the hospital for life threatening injuries. The woman’s other children were removed from the car and comforted by rescue workers and neighbors. I clutched tightly to my own son until a rescue worker insisted that I hand him off and sit down. I could not comprehend what was happening around me. Many scenes from those moments still play out in my head. There are no words to express the ache that I still feel from that day.

There was nothing I could do. By all accounts and according to all the experts, I could not have changed what happened. My head understood the truth of that, but my heart could not grasp it. Even to this day, I still grapple with the lingering emotional heartache. Without the love and support of my family, friends, and church community, I am not sure how I would have been able to come out of the darkest place I have ever been.

The first year following the accident I experienced an abundance of highs and lows. The physical healing had to happen first. There were many health related issues that had to be addressed and managed over those months. The emotional trauma had to be addressed next. I suffered from many Post Traumatic Stress Disorder symptoms that made daily living difficult at times. Neary two years later, the emotional healing continues to be an ongoing process.

Looking back is painful, but we can see how God continues to use these events and our circumstances to bring about a new awareness of His presence.

Almost a year following the accident, a new school year had started and my husband was required to man a station that would respond to any calls related to a protest that was to be held in the city. Emotions were high for everyone. Contact with my husband was very sparse and all the unknowns and frightening reports left me anxious at home where I tried to maintain composure for my two young children.

By the time the main protests had ended, a woman and two law enforcement officers had died and many more were injured. My husband was eventually released to go home, but the emotions and experiences of that day left him rattled. The traumatic memories of the accident and now the anguish over this major event, along with many other anxiety inducing matters we experienced that year, were the catalyst for my co-worker’s question. It was, without question, an extremely overwhelming time in our lives.

Since then, our hearts have quieted and God has been working a great deal in our lives to strengthen us and draw us nearer. Looking back is painful, but we can see how God continues to use these events and our circumstances to bring about a new awareness of His presence.

God’s Grace in All Things

My prayers prior to those life altering experiences seem so telling, in hindsight.

I had repeatedly asked God to use me, to draw me closer to Him, and to help me make an impact for the Kingdom. I have seen God answer those prayers time and again through the tragedies and difficulties we experienced. Does this mean that if you pray similar prayers that you too will suffer in such ways? No. It does mean that there is a responsibility that comes with following Jesus and that regardless of our circumstances, or the trials we face, we are to view our experiences as opportunities to accomplish true Kingdom work.

How God Grows Faith in the Midst of Tragedy

I have seen very clearly how God can use the most heartbreaking situations for His glory. As a result of the accident, people have come to know the Lord as their Savior. I saw a community rally around our broken families. I felt the love of Jesus in ways that I had never experienced prior to it. The results of the protests have encouraged communities to embrace the diversity among them. People have come together to show love, support and encouragement for one another.

These trials have also grown us as a family. Seemingly mundane moments that we once took for granted are now treasured. My marriage is stronger. Our love and faith have become more deeply rooted in the foundational love of Jesus. God has used all of it for His glory. I now have a deeper understanding of what it means to truly live out my faith in the midst of tragedy and in seasons of great peace. The events of that tragic year have developed our testimonies even further and have led to many opportunities to share our faith. 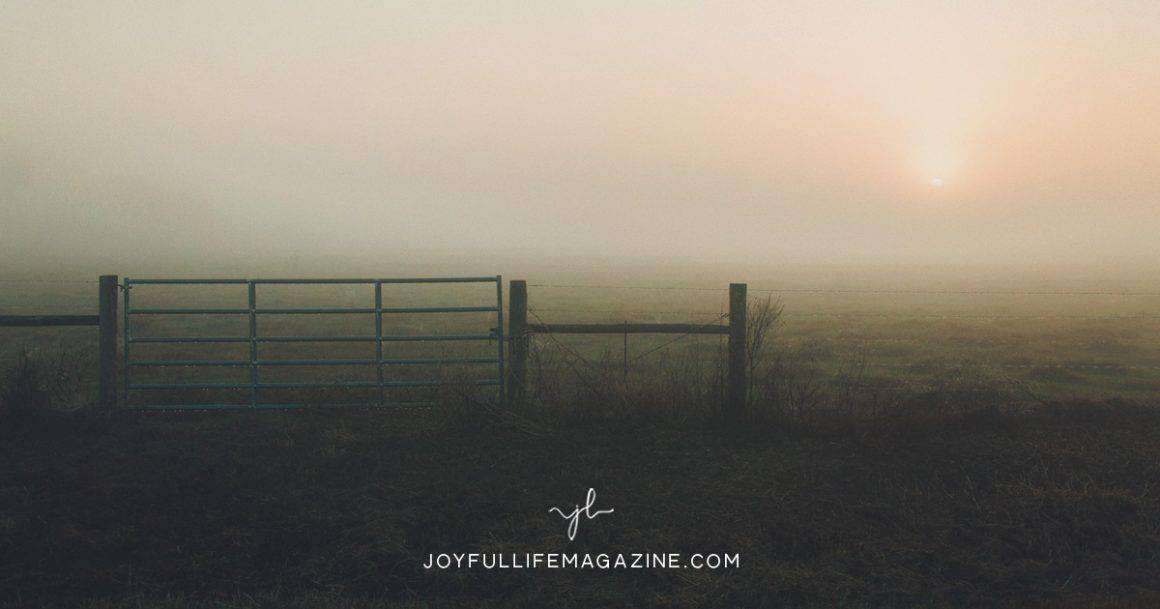 Kristy is a mother to two small children, a firefighter wife, and elementary school teacher. She and her husband have faced and overcome the realities of infertility and have since been called to help others who face similar struggles. She loves Jesus, coffee, and Reese's Cups. She lives in Central Virginia and enjoys the great outdoors, reading, cooking, and spending time with her family. You can read more from Kristy on her personal blog at A Place of Grace by Design.