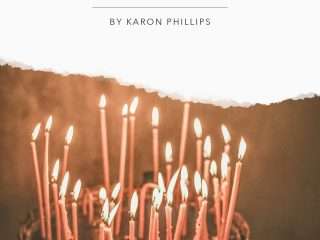 Do you ever feel like your best days are behind you? Like you’ve missed the boat on some of the dreams and plans God had for you? No matter our age, it’s tempting to feel like it’s too late, but guess what? It isn’t. God is still working on me and you, and He will bring to completion the good works He began in us in His perfect timing.

Karon Phillips explains how she knows God is still here, working on her heart and mind, and preparing new works for her to do, even if her fashion sense and computer savvy may lag behind.

Cue the hysterics—it’s one of ‘those’ birthday years.

And when that undoubtedly beautiful spring day arrives, I’ll officially be at that age where candles on my cake represent decades instead of years and gifts come from the easy-to-chew department. People will begin to excuse my lack of fashion sense and computer savvy with a polite, “yes, but she is in her sixties,” like it’s a highway to the hereafter, but I won’t worry.

Noah was 480 years old when he started building the Ark. Yes, he was the grandson of Methuselah—the oldest man ever—so good genes there. But still, God appears unfazed by calendars or wrinkles. Moses was 80 when he confronted Pharaoh, Rebecca was 90 when Joseph was born, and Deborah—judge, prophet, singer, songwriter—was nearing 100 when she was done.

Encouraging, all of them. Especially when the young study me like a fossil because I lived in a time when we reheated food on the stovetop. And perhaps they will consider my account of twentieth-century photography right up there with the Iliad:

Buy a camera. Pay cash. Go home. Realize you have no film. Drive to the store. Stand in line. Get help to decipher the 43 choices. Choose one. Buy film. Pay cash. Go home. Study how to load film. Agonizingly select and curate the pictures you’ll make (only 12 shots on that pricey roll). Declare “Picture Day!” Get a haircut. Lose six pounds. Dress your infant like he’s going to a Gerber commercial shoot. TAKE THE PHOTOS. Then, ever-so-carefully, remove the film like it’s your grandmother’s string of pearls and secure it back inside its black plastic canister. Drive to the store. Wait in line. Complete a tax-return’s worth of personal information on a padded envelope. Take a deep breath. Seal that cylinder inside and relinquish the envelope to the teenager behind the counter. Go home. Wait five days. Drive back to the store. Stand in line. Pay cash. Get magic envelope! Open envelope. Put on archival-quality gloves to shuffle through photos. Declare in the store you have the cutest baby ever. Go home. Judicially decide who in your family is worthy of each 4×6 slice of history.

Young people don’t know whether to be scared or amazed by me. Some of them do kinda think of me as a superhero though because I tell them, on top of the odyssey I once went on to develop photos, I was also brave enough to ride untethered at 60 miles an hour in the back of a pick-up.

So I’ll see that courage and raise you a hope that God’s promise of a future yet to be is good and real, and will arrive right on time. I believe that, “He who began a good work in [me] will bring it to completion” (Philippians 1:6), even though my hair is the color of dryer lint—but thankfully the drugstore has a potion for that.

Back during the Eisenhower administration, I aspired to Solomon-like wisdom and was sure I’d pen the next “Great Philosophy To Live By,” but at this point, my brain-trust legacy is pretty much reduced to, “don’t be stupid.”

So while I’m powerless to avoid the ‘special offers for people over 60′ category now, I remain fearfully and wonderfully made in God’s eyes, inching toward perfection every day. My memory may fade, but He has me written in the palm of His hand so I know He’ll never forget. And God’s still at work—even with the senior-discount me.

As the Creator of the beginning and the end goes about renewing our strength and providing new power, I’ll trust that He put you and me here, at this time, in this place, to do something great

I know He’s preparing me for Noah-like building because I can upcycle burnt toast.

I know He’s preparing me for Moses-like negotiations because I won the battle of the couch with a 160-pound Great Dane who now sits on the floor.

I know He’s preparing me for Joseph-like readiness because if you need anything, it’s probably in my purse.

I know He’s preparing me for Job-like patience because I’ve spent 37 hours on the phone with the cable company’s accounting department.

I know He’s preparing me for Gideon-like victory because I can fight nothing stronger than bad grammar.

I know He’s preparing me for Nehemiah-like organization because I learned to cut waffles into bites and then add the syrup.

I know He’s preparing me for Jabez-like growth because I’ve saved every good cardboard box I’ve ever had. Every. Single. One.

I know He’s preparing me for Haggai-like inspiration because my cooking causes more people to fast than war and famine combined.

I know He’s preparing me for Proverbs 31-like resourcefulness because I can wrap a gift with a cereal box and three mismatched socks.

And I know He’s preparing me for God-like love, generosity, kindness, and mercy because He treats me that way every day.

As the Creator of the beginning and the end goes about renewing our strength and providing new power, I’ll trust that He put you and me here, at this time, in this place, to do something great.

No matter how long it takes.

Jobs remain, missions await, and time means nothing. Birthdays come and opportunities piggy-back along. God stays at work creating in us clean hearts and new minds so that you and I can do what He made us to do.

Every day is a birthday because, “every good gift and every perfect gift is from above, coming down from the Father of lights, with whom there is no variation or shadow due to change” (James 1:17).

So even though I can’t read anything smaller than a stop sign—I’m still here. He’s still here. And I’ll trust He has need of me even now, with new journeys in sight.

I just hope He remembers I fall asleep by ten. 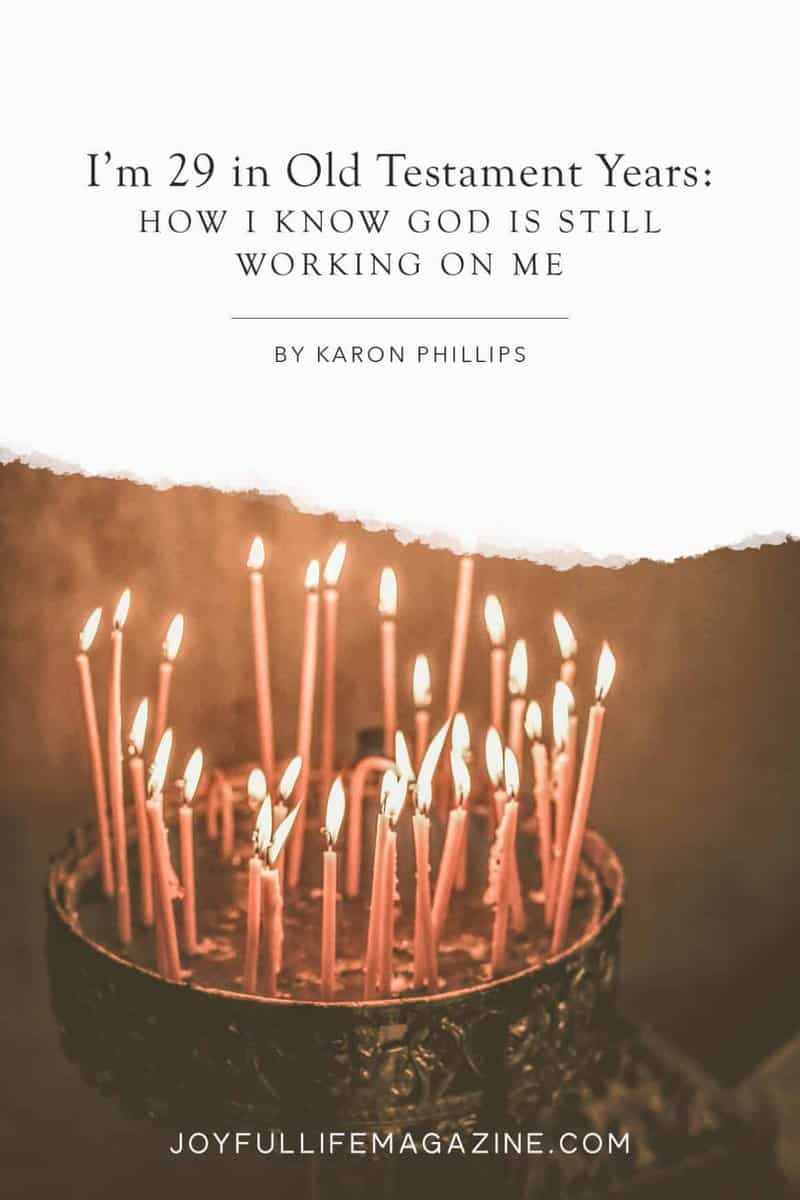 From her home on Florida’s gulf coast, author and speaker Karon Phillips trusts her tagline in everything: "receiving grace, reflecting God." Her newest book, “I’m a 2 Rule Girl,” makes everything even more simple with only 2 rules: love God, love others. Karon brings her southern wit and wisdom to her speaking engagements where she loves connecting with other women and seeing God’s grace and glory lived out in their lives. She is an award-winning author with more than 35 years of writing experience, including several books, national magazine credits, Bible studies, corporate and college publications. She’s a messy work-in-progress held tightly by a fiercely loving and forgiving God. Karon’s written more than a dozen books, including her much-loved “woman’s guide” series that addresses readers’ common concerns of patience, imperfection and insecurity.You can follow Karon at 2RuleGirls.com and write her at karon@2rulegirls.com. 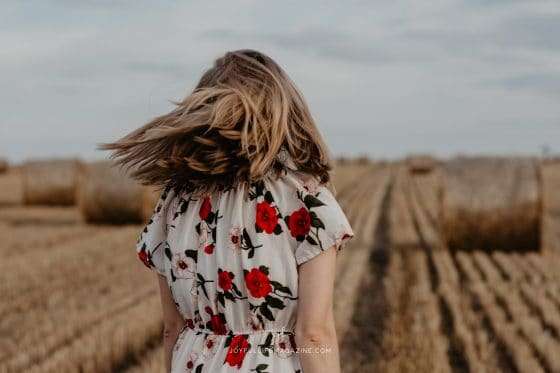 Cultivating Your Days: Lessons From the Proverbs 31 Woman 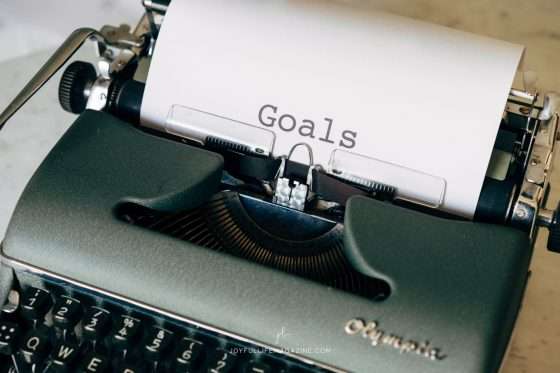 7 Tips To Help You Achieve Goals Like a Pro 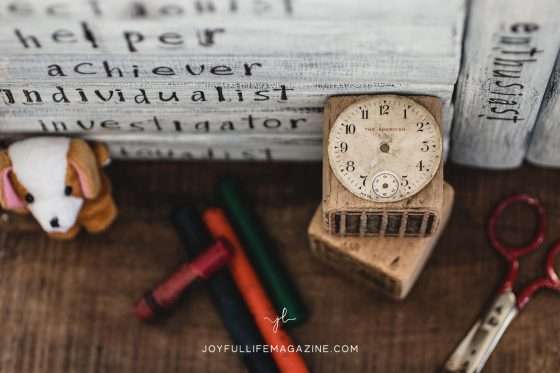 Enneagram Parenting: Healthy Habits To Develop Based on Your Personality Type 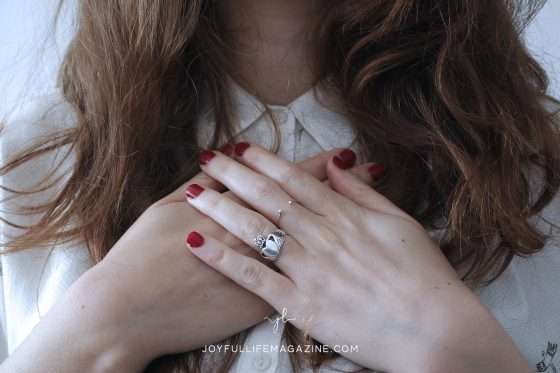 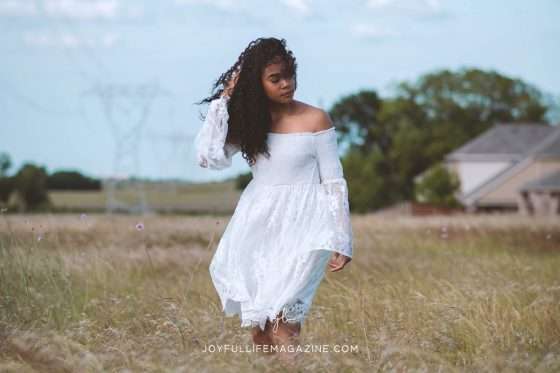 Who You Are in Christ: 10 Awesome Truths to Tell Yourself Every Day 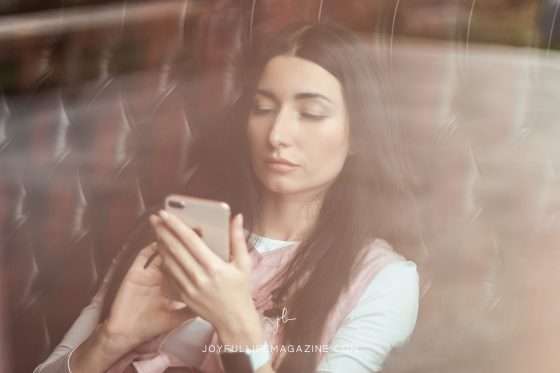 Comparison Is the Thief of Joy: Is It Also Robbing You of Your Calling? 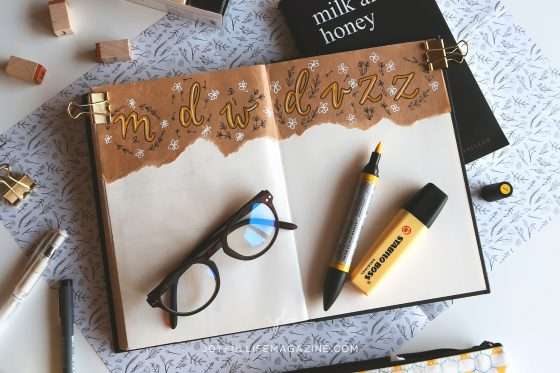 Created to Create: Persevering When Discouragement Sets in 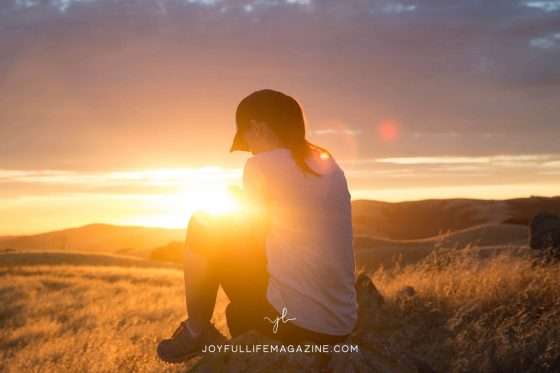 The Lord’s Prayer for the Unsettled Heart 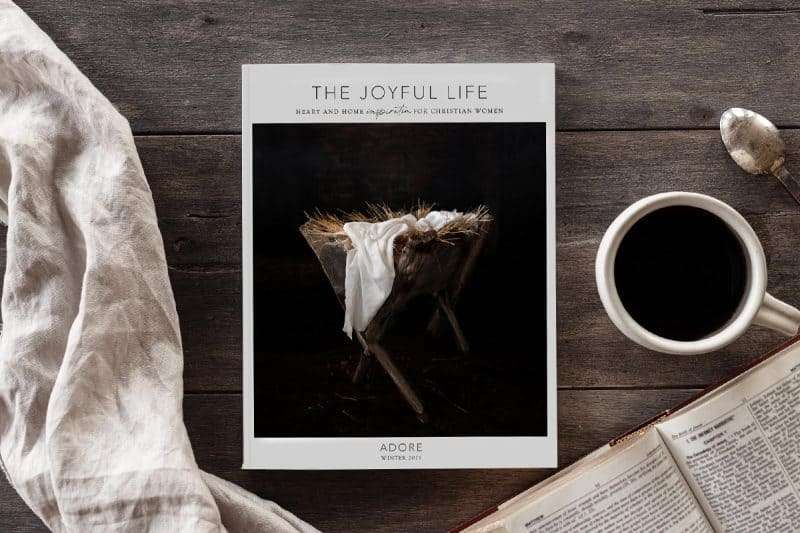 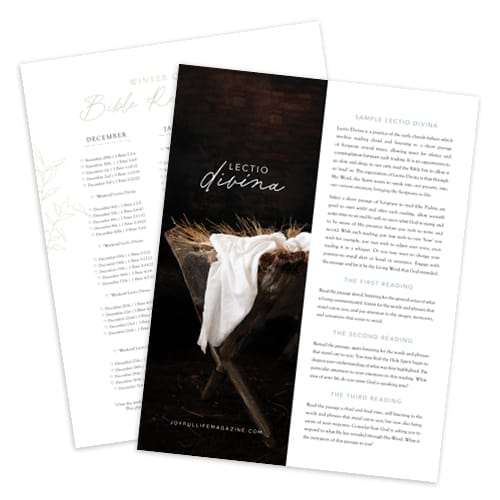 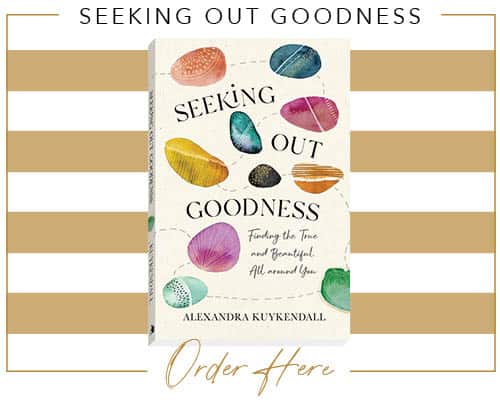 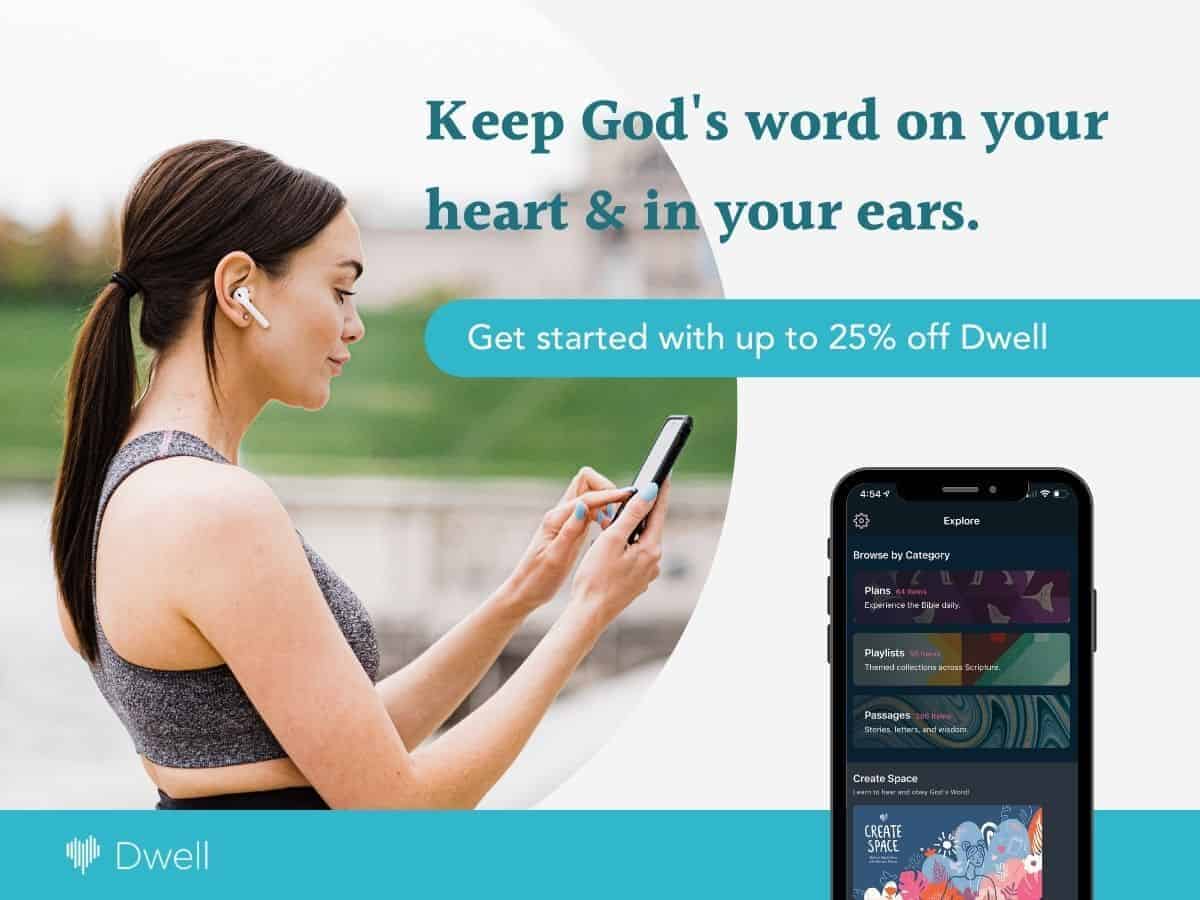 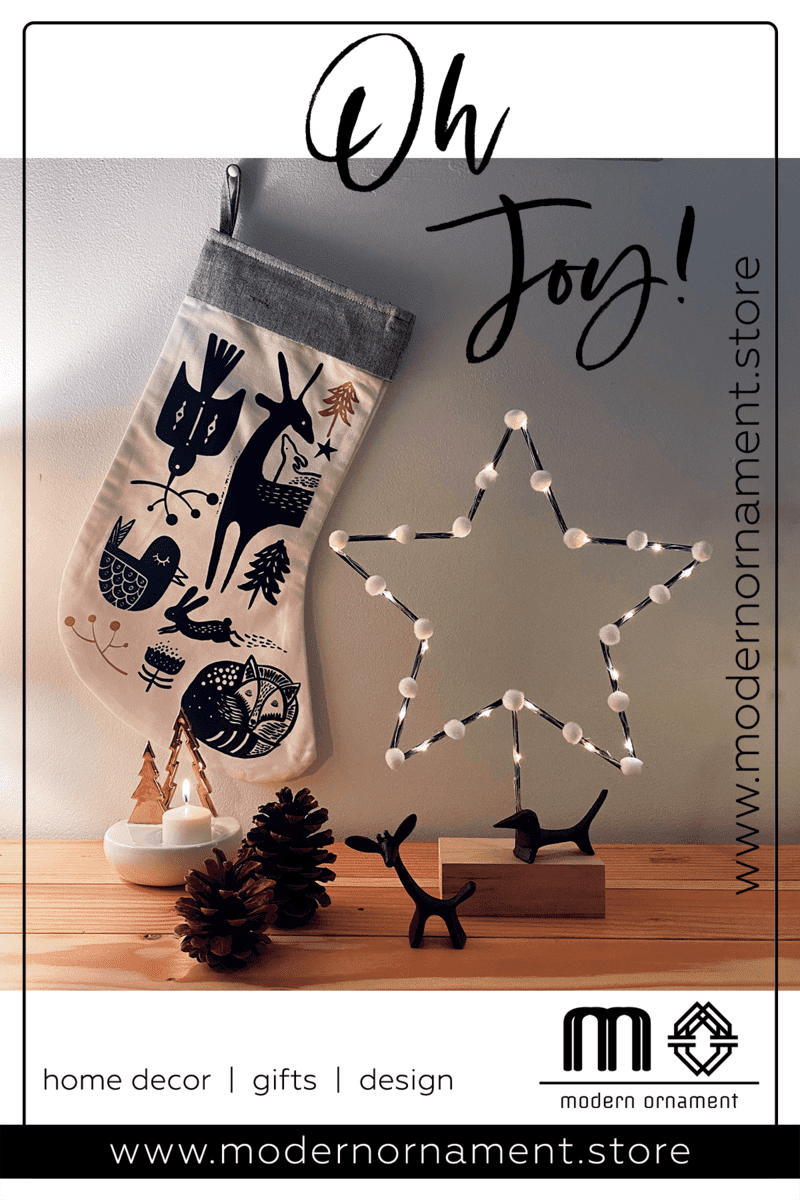