It was my “one word” for 2018. Not as part of a trendy fad, but as a gift from Jesus, the Living Word. It entered my life through Scripture-soaked encouragement from a friend and the Holy Spirit entwined the word into my heart. He helped it take root in the depths of my soul until it sprouted into anticipation of a generous harvest. I worked, watered, and tilled it with prayer, meditation, and expectancy.

I believed I was cultivating a lush garden where I could rest in the tranquil shade. That’s when the storms arose. When we closed the calendar of 2018, I looked back on a year of overflow that was in sharp contrast to what I expected. I was still numb and slightly nauseous from twelve months of turbulence.

Throughout the year, our family enjoyed mountaintop highs. First came the glorious news of our daughter-in-law’s pregnancy. Then my daughter surprised us with victory over a lengthy struggle with infertility. Our first two grandchildren were miraculously born four weeks apart, bringing overflow of indescribable gifts. We saw the Lord’s astonishing provision and relished in our resulting exhilaration. >

But there were devastating lows, too. We plummeted when a colleague’s life was taken from him in an instant. Later in the year, my husband faced forced retirement from his job after three decades of faithful service. These events, steeped in loss and grief, brought overflowing confusion, sorrow, and brokenness.

It was a blustery season of rejoicing and despairing, of celebrating and mourning.

The storm monopolized my focus until it was all I could see. Jesus seemed more distant than I could recall in recent memory. Even worship—when I’m usually most connected to Him—felt superficial at best. While my lips sang lyrics like “Yes, I will sing for joy when my heart is heavy,” my heart expressed fear and doubt to God.

Amid the highs and lows of overflow, my eyes became so cemented on the commotion I lost sight of the cross. It was as if pouring rain blinded my view of the Lord’s nature—His love, care, provision, and kindness. The sense of isolation from Jesus was crippling and more than I could bear.

I now see some of the foolishness of my internal struggle. The Lord had demonstrated His faithfulness countless times in our long history together. How could I wonder if our family had lost His favor after He’d revealed it so tangibly? As we received the year’s final blow, I was cradling one newborn in my arms with the other nearby. I could see their eyes and feel their breath. How could I question the Lord’s faithfulness? How could I imagine, even for a minute, that He’d abandoned us?

In His mercy, the Lord helped me see things from a Kingdom perspective. In the spiritual realm, the repeated jolts of shocking news caused me to drop my shield of faith. Clearly, I’d relaxed my grip on this essential piece of armor. As wind ripped the shield from my grasp, it compromised my defenses. The storm raged and I lashed out with hurt and anger toward my beloved Lord. So many times in the past He had proved Himself as my defender, ally, and friend, yet I cried out, “How could you?” and “Where are you?”

When at last I found my shield of faith, I didn’t raise it to guard against the schemes of the devil.

No. I hid beneath it, trembling with tears and sorrow, begging my Savior to remove and forgive my anger and doubt. I felt embarrassed before the Lord and browbeaten by the enemy.

God’s love found me there. His comfort drew me into His lap where He gently dressed my wounds and brought peace to my shattered heart. There was no reprimand. No rejection. No ridicule. Even now, He sings His tender mercies over me. They console and encourage my heart as I find restoration in His soothing presence.

THE UNEXPECTED ROAD TO JOY

When I received my “one word,” I’d let myself believe the Lord would usher me into a spacious place of joy and gladness. And He did. What I didn’t expect was the rocky road of upheaval and turmoil necessary to reach that destination. I imagined an easy, comfortable journey, overlooking the struggles God often allows.

For instance, Scripture names David a man after God’s own heart but an angry king tormented him. He struggled with temptation and suffered notable consequences for his own actions. His descendants wrestled with all manner of sin.

Mary was called highly favored by the Lord, yet her circumstances were arduous. Joseph desired to divorce her, and Herod intended to murder her child. She watched as her Son suffered persecution and a gruesome death on a cross.

The Lord used Paul throughout the centuries as a mighty vessel to further His Kingdom. But he suffered through shipwrecks, imprisonment, persecution, and countless other trials.

The road to joy and gladness is not a paved, level highway with stops for delicious meals and soft pillows. It’s a tricky, uphill climb over unstable rocks where we’re likely to turn our ankles and skin our knees. Sometimes the trail is completely hidden from view by obstacles and violent storms. We climb steep mountains feeling certain we’ll fall, while God equips us to take only the very next step.

The road to joy and gladness is not a paved, level highway with stops for delicious meals and soft pillows. It’s a tricky, uphill climb over unstable rocks where we’re likely to turn our ankles and skin our knees.

This process develops trust and absolute dependence on the Lord. Each footstep moves us toward victory over our trials, which God uses to establish our hearts in Him. He builds our testimonies and pours His power into our weaknesses. As we walk, He leads—one stride at a time—all the while, fashioning our hearts to resemble His own.

STEPPING INTO THE SUN

In the aftermath of our stormy year of overflow, I examined my life to see that much of our landscape had changed. The old was past and paths of new opportunities and new hopes were set before our family. And I’d changed too. I realized I’d laid down idols and responsibilities I was never intended to carry. They were a heavy burden and my newfound freedom was invigorating.

Throughout the journey, Jesus invited me into a deeper relationship with Him. The more I accepted, the more He calmed my anxious heart. His love bolstered my confidence and when I could again sense His nearness, it restored His call on my life. As I questioned and doubted, the Savior revealed the smallest glimpse of His purpose. I could then see how the fullness and richness of God were woven throughout all we faced.

In a stormy season when so much seemed to be going wrong, God was setting my heart right. He used each circumstance to reclaim His priority in my life and draw me closer to Him. The Lord reminded me He was with me all along, sustaining me when I was weak, frustrated, and consumed by grief. Slowly and tenderly, His loving kindness redeemed my doubts, anger, and fears. To this day, He is still leading me toward a bountiful inheritance where I can thrive in His mercies and overflow for Him. 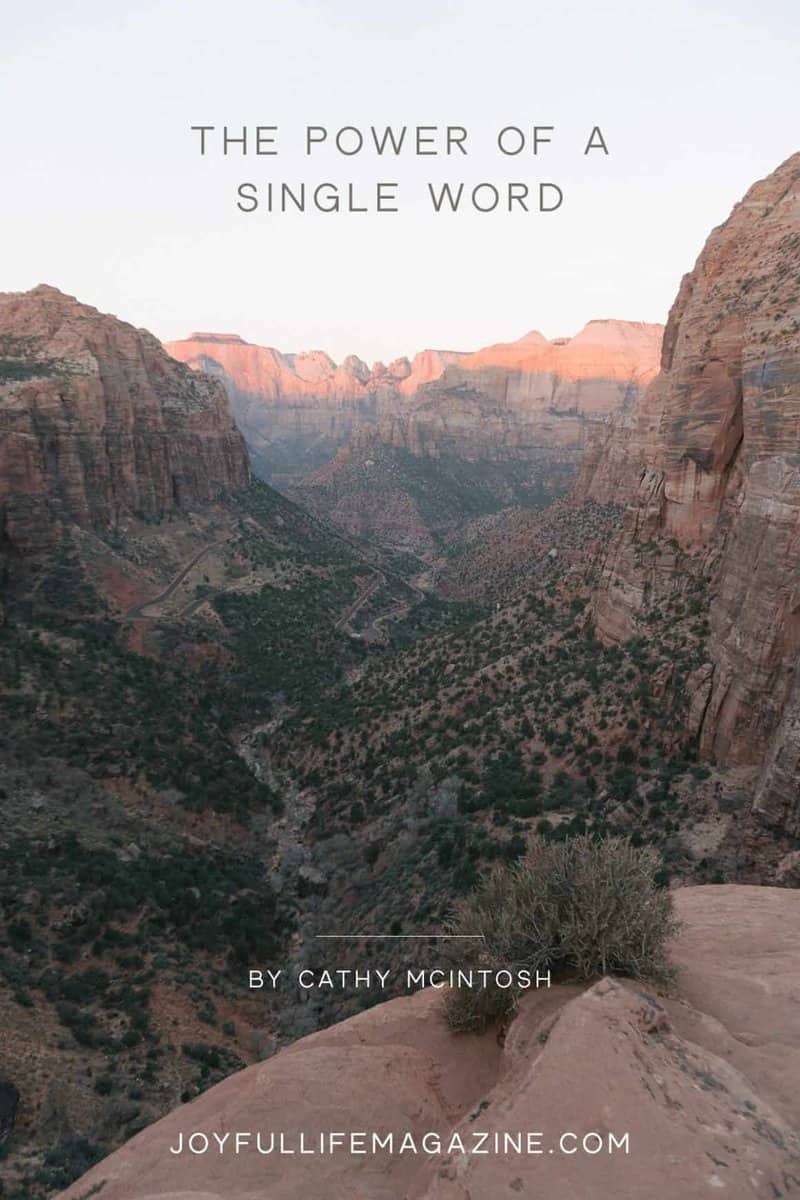